On our public marketplace, there are a series of questions running about the 2010 Congressional elections. All the Senate races are running, the Governor's races, and a smattering of House races. I pulled the numbers for all the Senate races this evening to see what our traders were saying about each race. Here's a summary:

The way to read the chart below is different than reading poll numbers. We're predicting the likelihood of someone winning, not the actual percentage of the vote they'll receive. So if a candidate is at 85, that means Inkling thinks there is an 85% chance they'll win and a 15% chance the other candidate will win, not that they'll receive 85% of the vote. And unlike polls, people can change their mind or add to the predictions at any time based on new information they have or their opinions changing, so these numbers will be changing right up until election time. For the latest Senate predictions, go here. 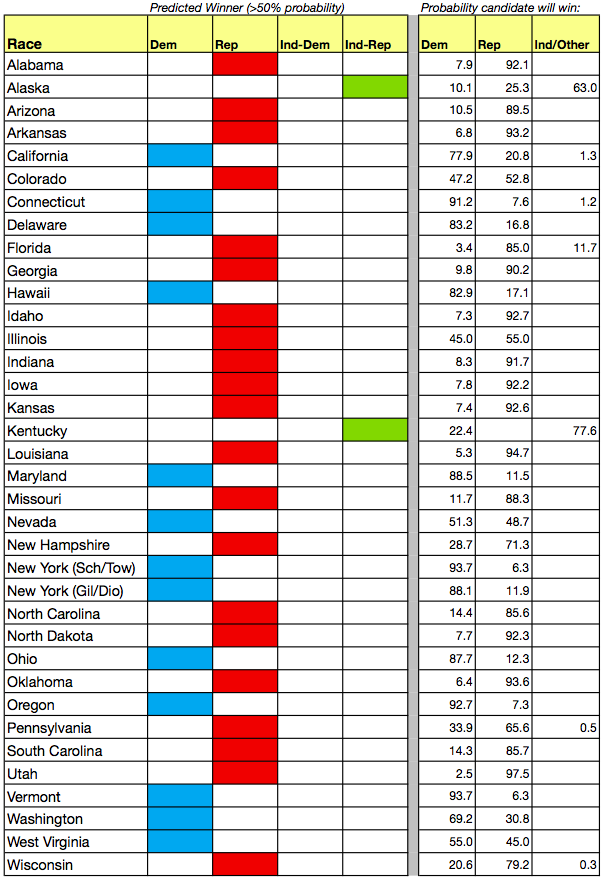 Tomorrow we'll cover the projections for all Governor races.
Posted by Unknown at 21:14