Hustle, a gift from my father.

A close friend lost his father recently. He sent me a letter he wrote to his dad, and the whole letter is remarkable. But this really caught my attention

"I look back at my childhood and I remember all those nights. You would come home and eat dinner, help me with my homework and then return to work. You would work until hours after my bedtime and then get home, sleep for a few hours and get up and do it again. What drives that behavior? Love for the job? This work ethic is not found today. When I worked retail I would work similar hours. I would work 10-12 hours a day, get off at midnight and be back at work at 6 or seven in the morning. That was the job. No questions. You work until the work is done. Period."

One of the most powerful things my father taught me that I'll never forget is hustle.

I'm not exactly sure at what age. Sometime in grade school. It was definitely a lesson that came along with playing sports as a kid.

It was a lesson taught over and over through things like baseball and basketball. 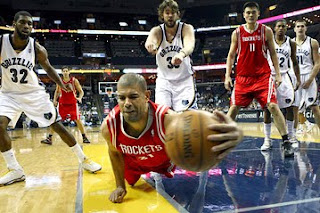 After seeing way too many baseballs pass through my legs as an infielder as I grew to fear the baseball getting hit by stronger and stronger kids, my Dad taught me, "the pain won't last. So what if the ball hits you in the chest. Make the play, and rub the pain out afterwards. You'll feel better"

He was right. I mean, what would you rather choose: look like a goof because you were too afraid and let a ball go through your legs or let a ground ball hit you in the chest, pick it up, throw the man out at first, then rub your chest a little afterwards.

You might have a few more bruises playing this way, but you're gonna swallow those down with two huge spoonfuls of pride.

I became an awesome third baseman. I didn't have the greatest arm, but I can't even remember a baseball getting past me when I decided that I'd rather get hit than let a baseball get past me. I took quite a few on the chest and off the shins, but the feeling of making a play completely trumped the sting.

My dad taught me the joy of doing well, and not giving up felt better than avoiding a couple bumps and bruises.

Same lesson in basketball. I learned that it feels so much better to dive on the floor to get a loose ball and leave some actual skin on the court than it is to just stand their looking around.

I played with everything I had. I even broke my wrist in one game. But went back out to finish the game, until I was forced to leave the game with a bloody nose :) 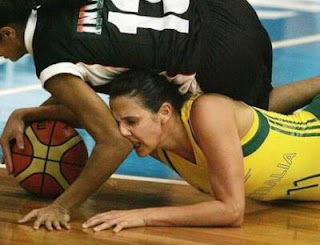 Hustle is something that's followed me through my whole life. And it's been incredibly valuable to me.

School was hard. Took a bunch of sacrifice and all nighters. But I hustled through it and it's gotten me far.

Quitting my job and starting this business took some major hustle. And still does. There are still long nights and some painful experiences.

But so what. Walk it off.